Things are starting to move along with the Strat project now. Since our last update the body, tuners and pickguard have arrived. I’ve also received progress pictures of the tremolo I’m having made for the strat project. 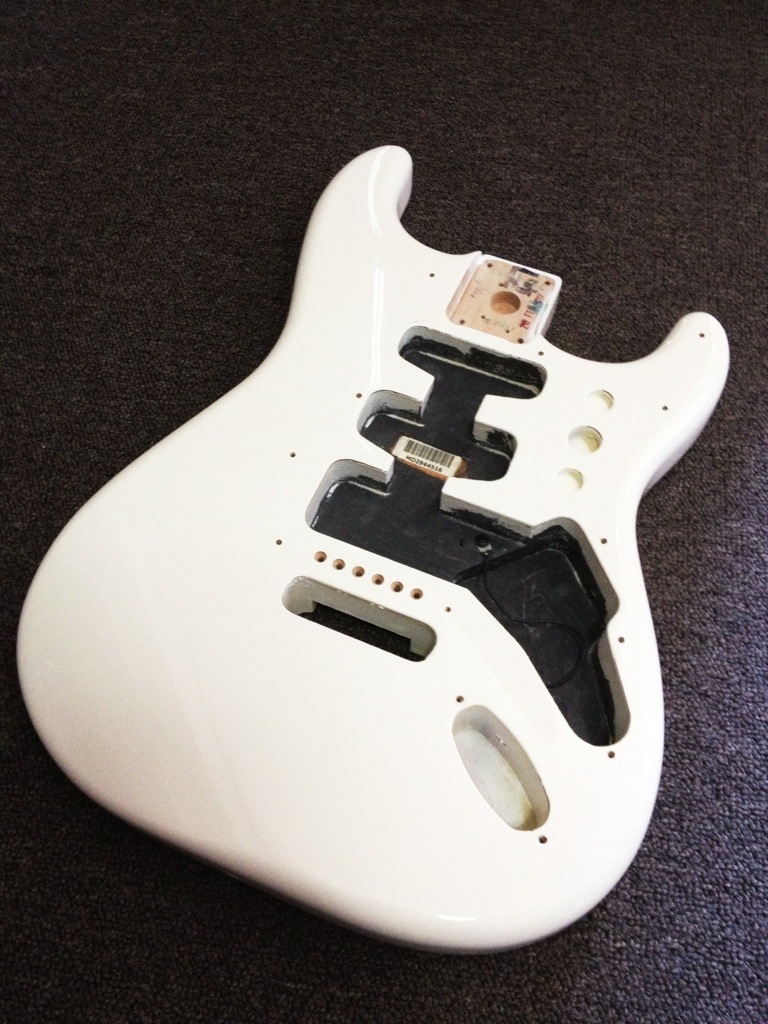 First up, the Strat body is supposed to be a 2011 MIM Standard Strat body. It’s a very lightweight alder body, and looks to be in near- mint condition. Very happy with this purchase, and I hope it sounds as good as it looks.

The Warmoth neck fit very nice and snuggly in the neck pocket. My pin-up girl neck plate fit perfectly, although the gasket sticks out just a fraction on one corner. Nothing too big though.

I also ordered some Gotoh Magnum Lock height adjustable tuners in black. I’m hoping the staggered post heights should rule out the need for a string tree on this guitar.

I did have a near catastrophe whilst installing the tuners. Gotoh make excellent hardware, but the screws they use with their tuners are absolute rubbish. In the past I have stripped out the Phillips head pattern in the screw head because the metal is so soft. This time I managed to do something worse (twice)! Just as I had almost finished screwing in the screws, two of the heads snapped clean off! I had two screws stuck in the back of the neck with no way of pulling them out. 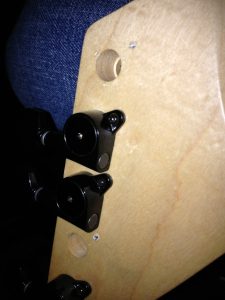 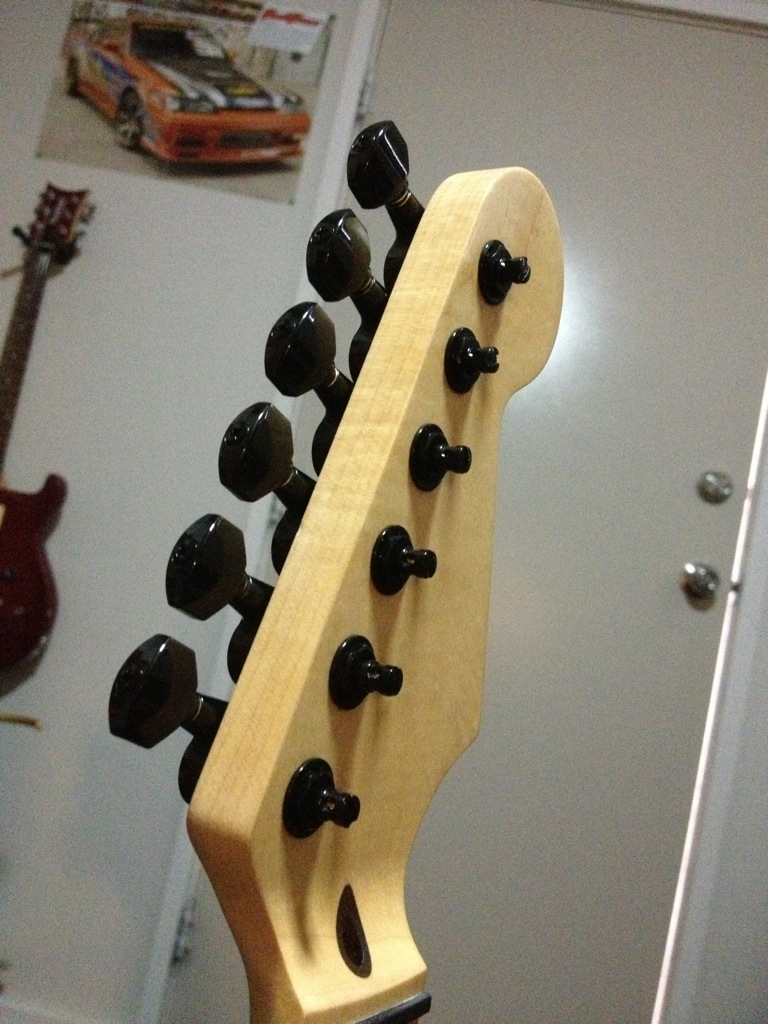 All sorted and installed.

I figured that I would have to drill the remaining bits of screws out, but wasn’t too confident to do it myself. Thankfully my local store Better Music, were happy to help. They drilled them out and installed two new screws for $5.00, so very happy with that.

I’m going to have two pickguards for this guitar, depending on what I’m testing at the time. The first one, an EVH style single humbucker, single volume control one arrived yesterday. It’s a Dragonfire Guitars one, which was very cheap. There are a few slightly off curves on the pickguard, but nothing that will be noticed unless you look really close up. All screw holes line up nicely, which is the important part.

I’ve wired up a 500K volume potentiometer and DiMarzio Tone Zone, ready for when I get a bridge. I will eventually install a push/pull potentiometer so I can switch between series and parallel modes, making the guitar more versatile than it looks.

The other pickguard I’ll have on hand is a Seymour Duncan YJM loaded Strat pickguard, for the more conventional Strat pickup arrangement. I’m definitely no shredder, but I’m curious to see how these pickups work for my style of playing. 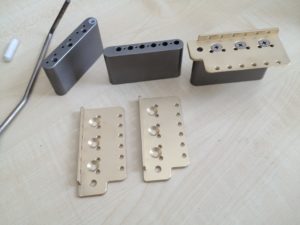 Progress pictures of the bridge I’m having made.

I’ve received some progress pictures for the bridge I’m having made, and it looks great so far. I can’t wait to install it. It will probably be a while before it gets to me, so in the meantime I’ve ordered a basic black vintage bridge to install so I can get the guitar up and going. Once I have that and the jack plate the guitar will be ready to rock!

So the completion of this guitar is so close I can just imagine playing it! I hope it sounds and plays as good as it looks. Hopefully I’ll be setting it up and playing it this weekend. 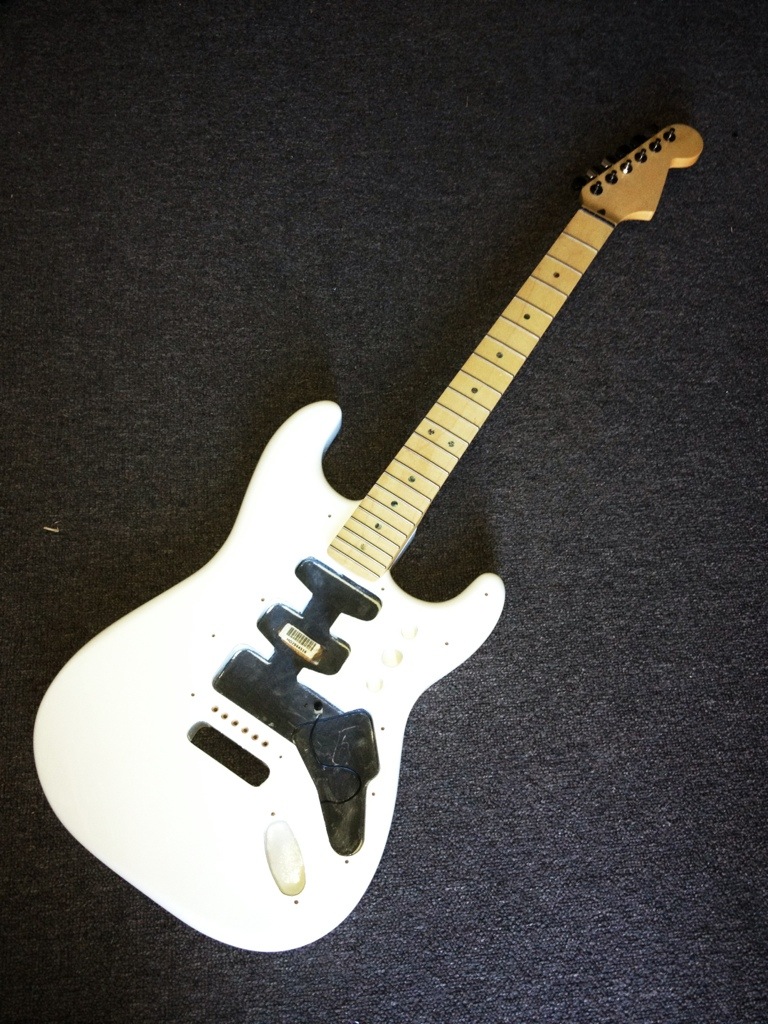 Body and neck together at last! 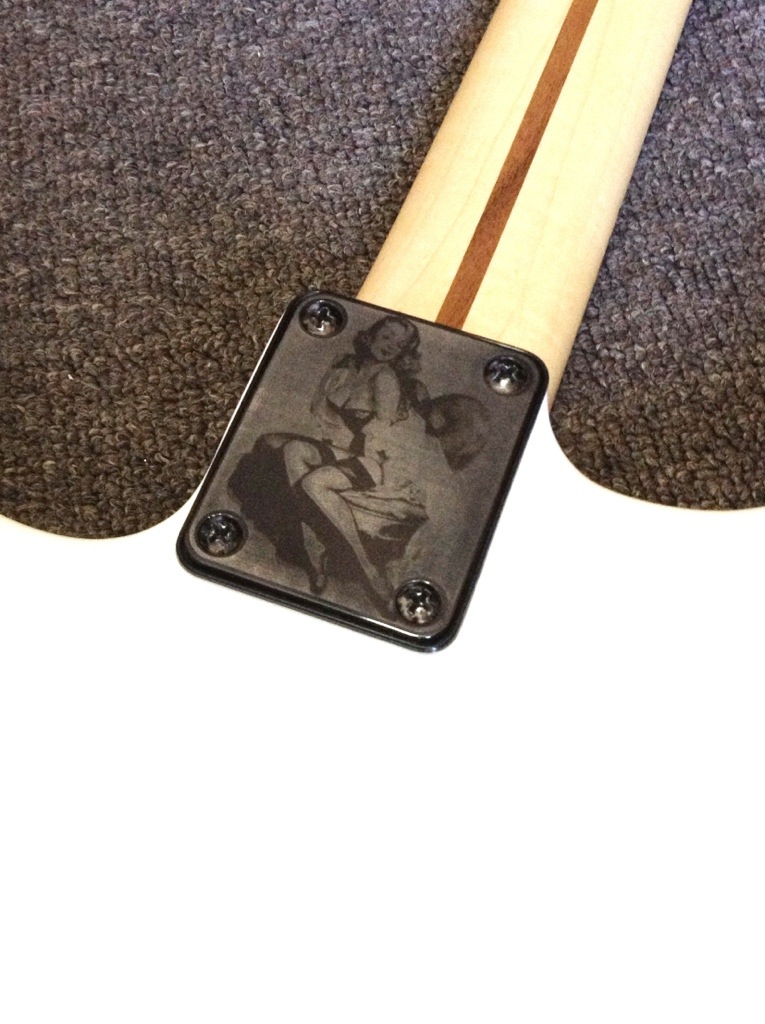 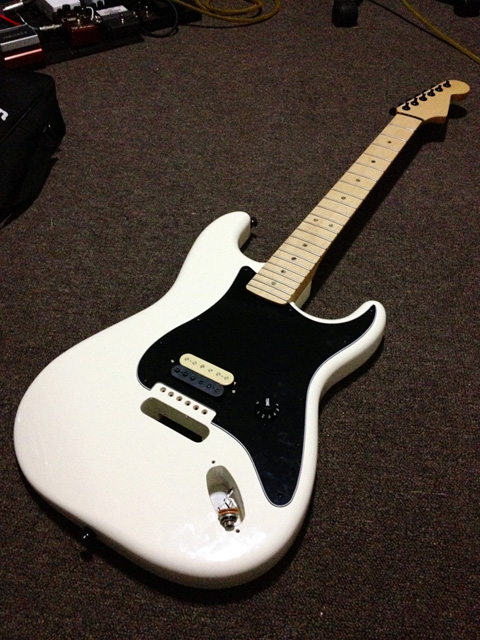