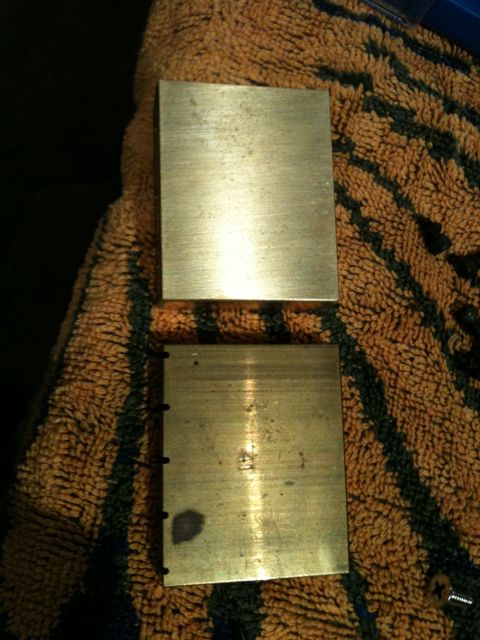 Comparing the blocks, Floyd Upgrades one at top, stock Gotoh below. 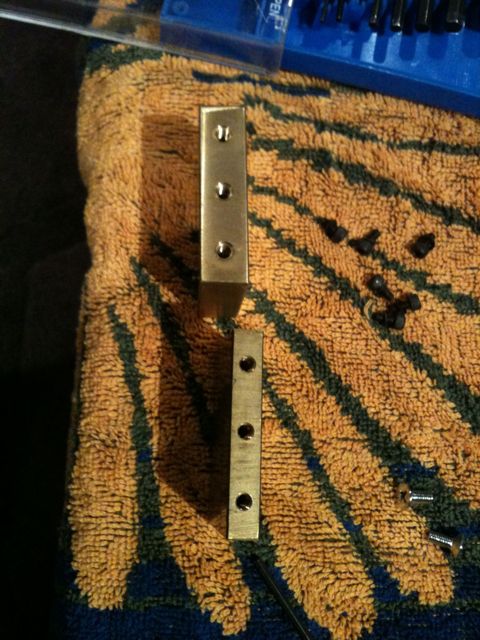 
There’s been a bit of discussion at Jemsite.com lately about the merits of Floyd Upgrades upgrade options for double-locking Floyd Rose style bridges. One of the popular upgrades for these style bridges is the Brass Big Block.

At first look most might thing that they may have to completely remove the saddles in order to install the block, meaning changing strings at the same time. I had only just restrung my guitar a week or two before receiving the big block, and didn’t

really want to change my relatively new strings just yet. I thought I would see if I could find a way to replace the block without removing the strings from their saddles, and whilst I had to set up intonation again I was quite successful. 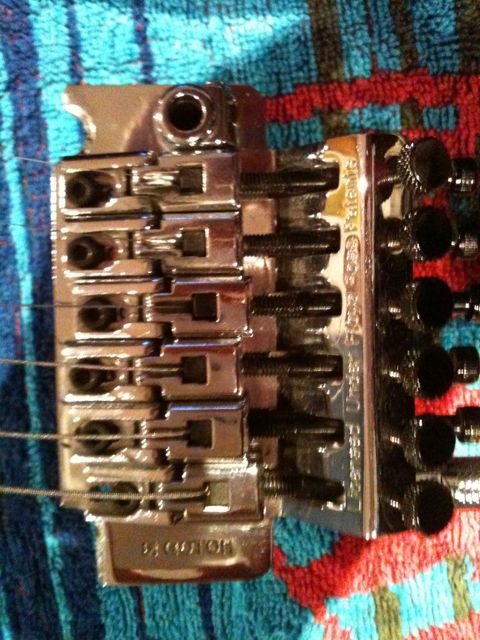 Get a photo of the saddles for intonation reference.

Step 2:
Take a photo of your bridge from directly above so you have a picture of where the saddles were set. This makes setting the intonation a bit easier as you will have a reference to work with. 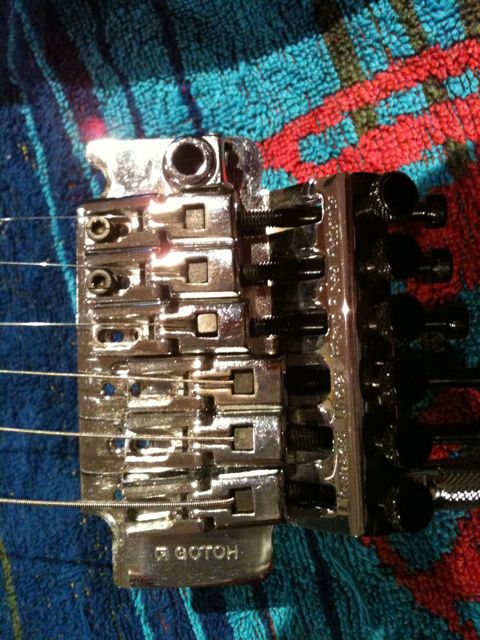 Remove the intonation screws from each saddle.

Step 3:
Remove the intonation screws from each saddle. Put the screws in a safe place so you wont lose them. You don’t want to have to crawl around on the ground trying to find a stray one! 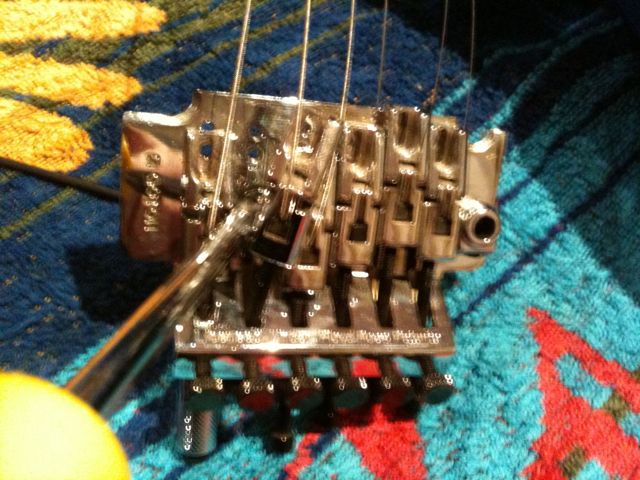 Lift up the saddles to locate block screws.

Step 4:
Lift up the saddles and locate the screws holding the trem block in. You should just have enough play to get a screw driver in to remove the block from the bridge’s base plate. Remove the screws, and as you are doing so pay attention to the alignment of the spacer plate and string lock screw guide between you trem block and bridge. 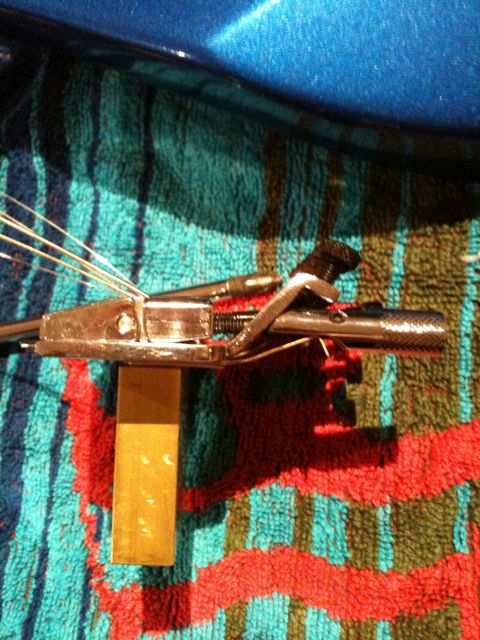 Step 5:
Put your new big block in place, taking note of the spring holes to make sure they are the right way around, closer to the spring claw. Insert the block screws and tighten them up.

Step 6:
Look at the photo of your intonated bridge again and try to set the saddles to their original positions again. Install the bridge back in your guitar , check the tuning and intonation on your tuner, and if out adjust accordingly. I wont go into specifics on setting intonation as there are plenty of guides out there on the World Wide Web.

And there you have it! The brass big blocks are a pretty reasonably priced item, and the installation is pretty easy too. You should notice that your previously thin sounding guitar should sound a lot fuller, and you should also have a bit more sustain too. A very worthwhile upgrade.

The block is quite a bit bigger than stock, so you might have lost a little range. If that is an issue you could use a Dremmel to open up the inside of the cavity a little more to give you the room to reach your desired range.