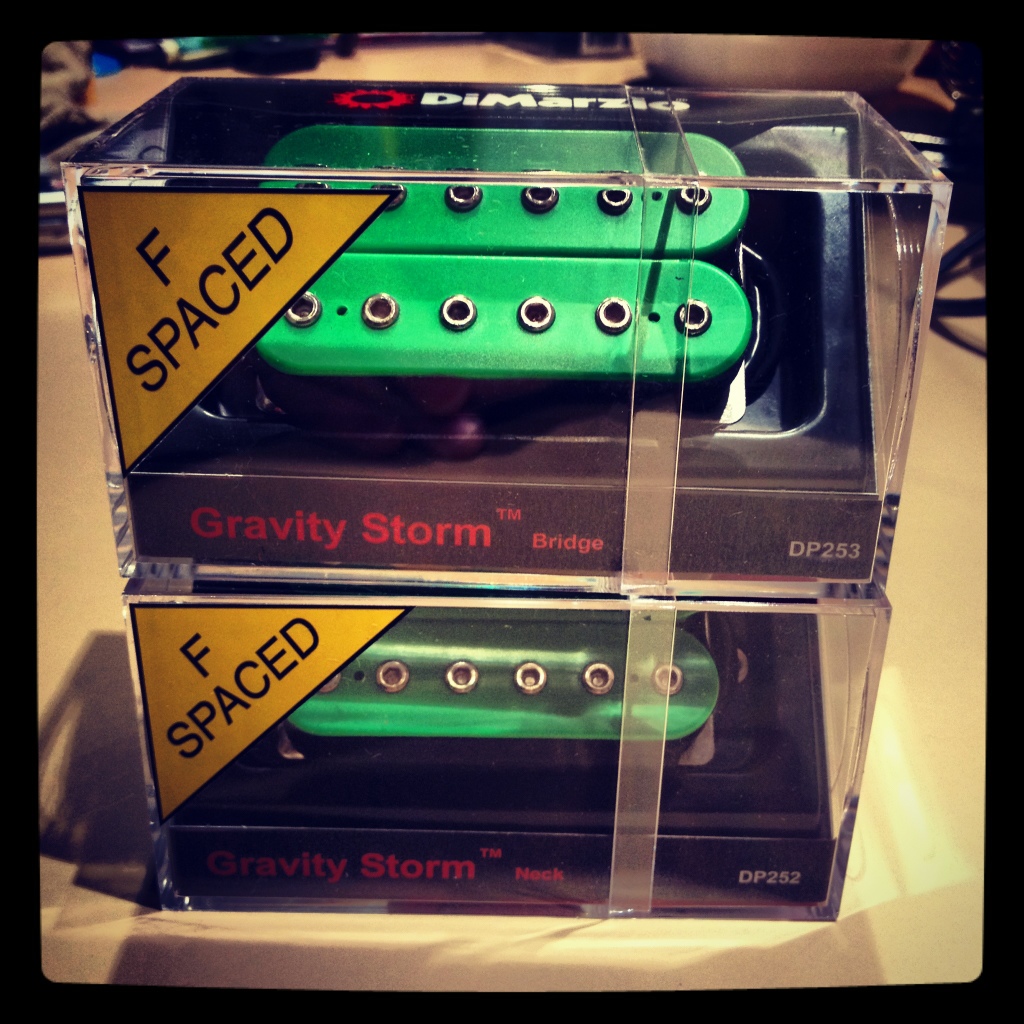 Staten Island, N.Y., July 22, 2012 – DiMarzio, Inc. announced it will release two new Gravity Storm™ humbucking pickups for electric guitars in mid-August. The Gravity Storm™ Neck and Bridge Model pickups were designed for Steve Vai. The pickups are named after a song on his new CD, Steve Vai: The Story of Light, that will be released on August 14, 2012 by Vai’s Favored Nations label.

Steve described the sound he wanted from his new Gravity Storm™ Bridge Model (DP253) pickup as “a thundering cloud of ice cream”. It is very much a plug and play pickup – it does not require a lot of tweaking to get a great sound. Because the highs are very fat, it is possible to increase treble response on one’s amp without losing tone and sustain on the high frets.

DiMarzio’s new Gravity Storm™ Neck and Bridge Model pickups are made in the U.S.A. and will be available August 15, 2012 from guitarcenter.com and musiciansfriend.com. They will go on sale from all DiMarzio dealers on September 17, 2012. Suggested List Price for each pickup is $115. For more information about Gravity Storm™ pickups, visit the DiMarzio website at www.dimarzio.com.

I’ve been lucky enough to score a set of the new DiMarzio Steve Vai signature Gravity Storm pickups. These were used on a few tracks on the new Vai album “The Story of light”.

I’ve only had a quick play of them, but I have to say they are pretty damned impressive sounding. I previously had a Super Distortion in the bridge of my Ibanez RG550, and at first listen the Gravity Storm bridge sounds like a more modern version of the Super Distortion. Still huge and fat, but much more articulate than its predecessor.

The neck feels a little like a sharper PAF Pro. It’s a very nice neck pickup that sounds fantastic and clear, even under some heavy distortion.

I’ll try to get some sort of half-decent sound samples up soon if I can get my mediocre recording gear to work with me. Keep an eye out for a review soon. 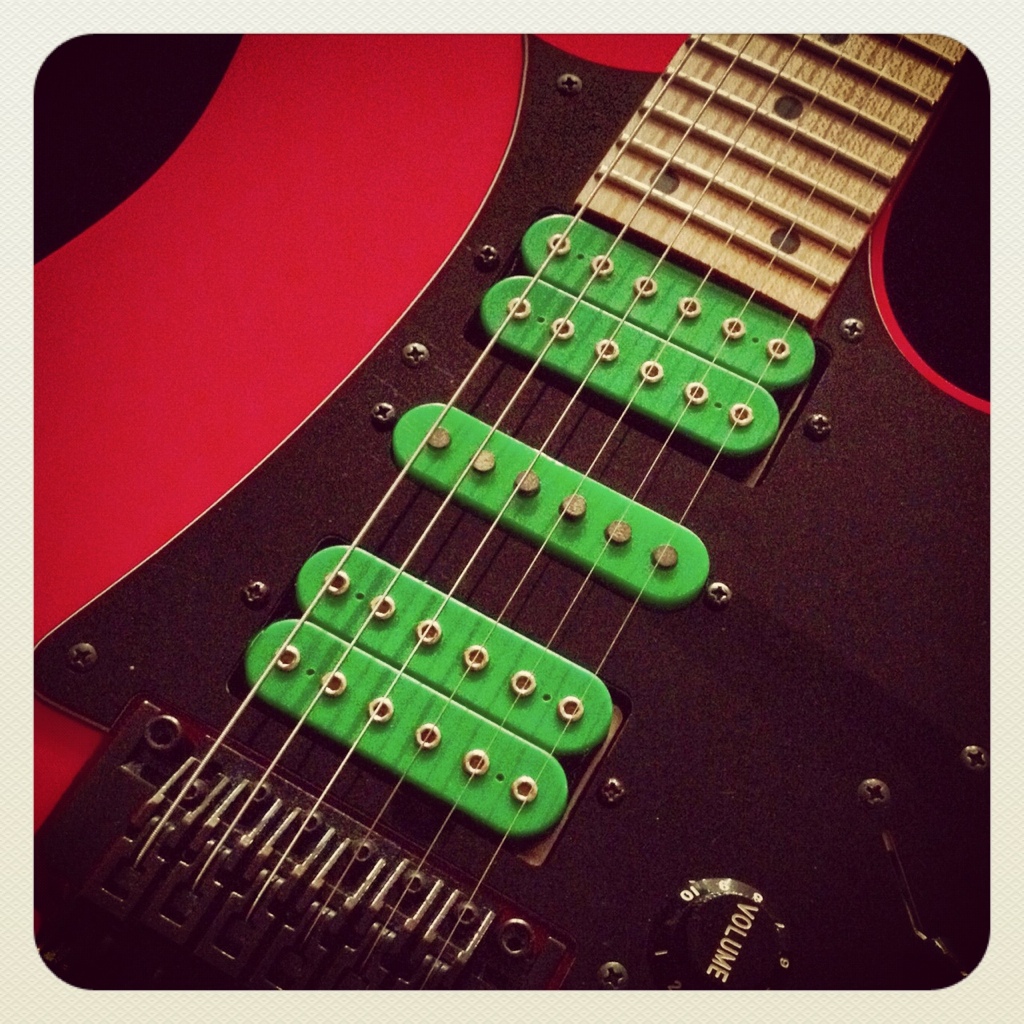 Here’s a quick demo of the Gravity Storm bridge, used in some basic rhythm playing. Apologies for the recording quality. Cheap Behringer mic and a usb mic cable don’t lend themselves too well to quality sound. My hands aren’t working too well either today, so I’ll try and get some lead playing on both pickups done soon.